Stakeholders including elders,women’s leaders,youth and community members from all six sections in Upper Bambara chiefdom,Kailahun District have reviewed their Chiefdom development plan and unanimously endorsed the document.The event took place on September 28,2017 at the Pendembu community centre. 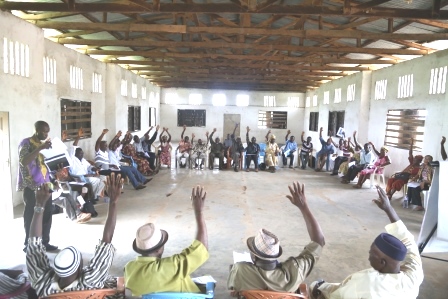 Endorsing the plan by raising of hands

Speaking at the occasion,Chiefdom speaker,Stephen Gbessay Babawo on behalf of the Paramount Chief who was unavoidably absent referred to the chiefdom plan as one of the best in the history of the chiefdom.He said Fambul Tok is the very first organization in the country to work with communities to develop such document that captures activities of every village in the post ebola recovery phase.

He lamented over the acitivities of some organizations who have been implementing projects without the involvement of communities. 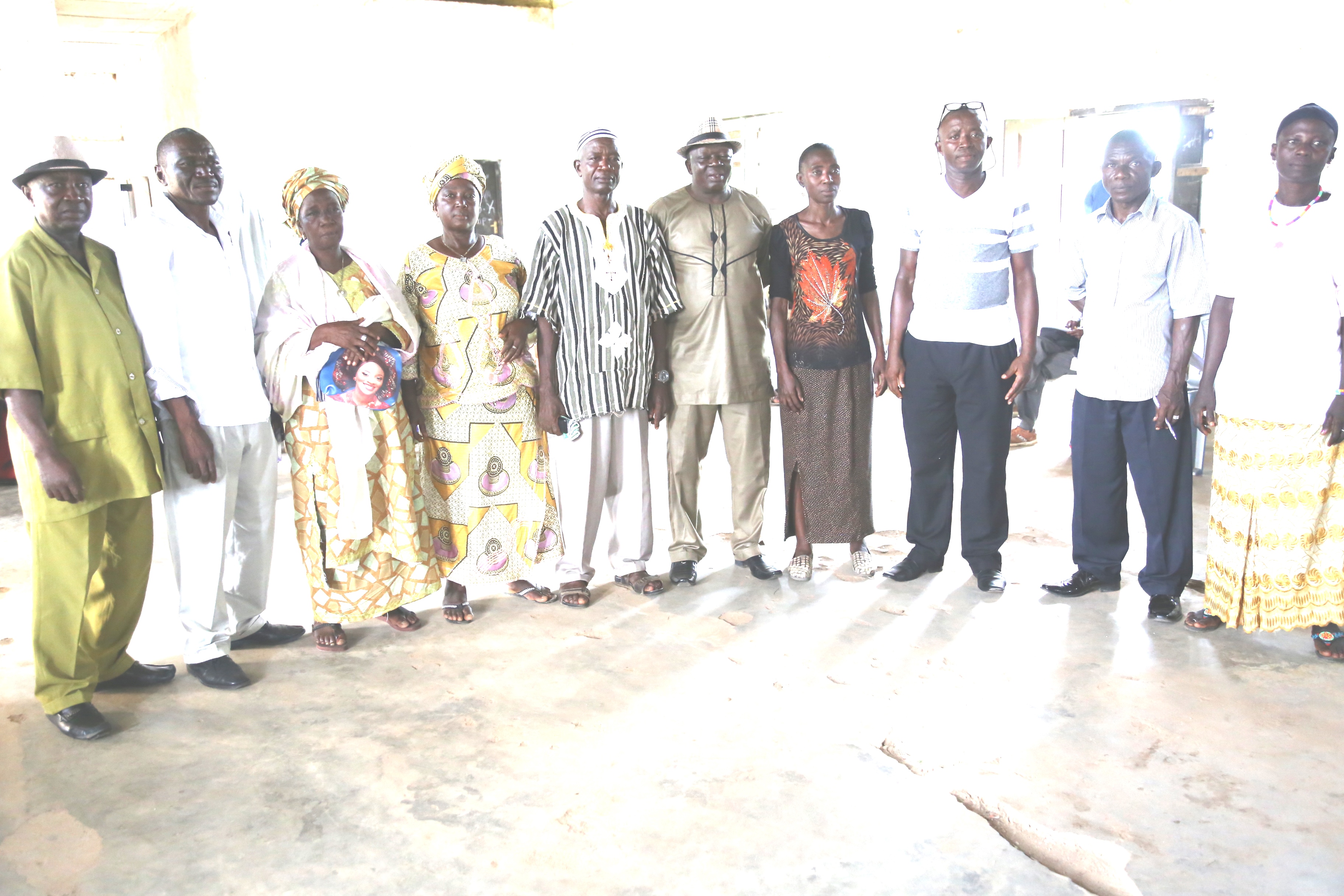 Chief Babawo called on Local Council and development partners in the district to work with community members  for the implementation of the plan.

“If you go through the plan you will realise that every village has its priority needs to guide potential implementing partners to avoid duplication and waste of resources”Chief Babawo emphasised. 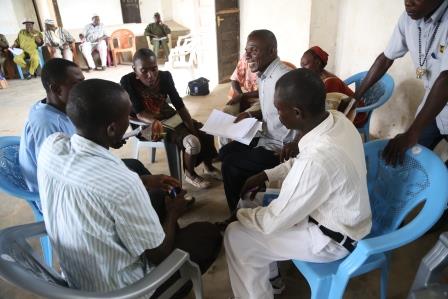 He went on to state that Local Council brings development to the doors of rural communities and therefore people should not see Council as enemy.

“The taxes and other charges communities pay to Council are sent back to chiefdoms for developmet purposes but if you dont pay how do you expect progress” Kondorvoh stressed.He also encouraged chiefdoms to pay taxes,adding that the Inclusive District Committee should be praised for facilitating the joint revenue collection between Chiefdoms and Council.

However,the chiedom plan was reviewed page by page to make corrections and amendemnts through the input of various participants and was graciously endorsed and accepted by the people of Upper Bambara.

The Chiefdom Inclusive Committee was also formed and its executive formed