‘There is no peace without genuine reconciliation” 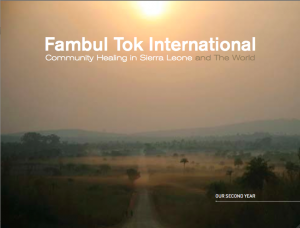 According to Fedzer, those factors that led to war such as unemployment, corruption and poverty are still evident in Sierra Leone. He said not just the building of bridges or infrastructures will sustain peace but efforts must be made to change the lives of the people, adding that it is through community reconciliation. 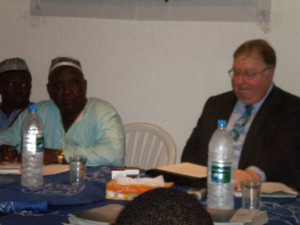 US Chief of Mission Fedzer reads a keynote address

Fedzer went on to state that reconciliation should be Sierrra Leonean driven, stressing that it does not come from outside. He noted that Fambul Tok is doing a lot to heal victims of the terrible war by bring them together. 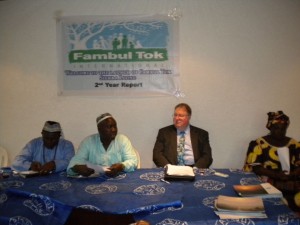 Paramount Chief Banya with US Chief of Mission Fedzer

Chairman of the occasion, Paramount Chief of Kongbora chiefdom, Alfred Banya, said Fambul Tok belongs to the people. He said the Truth and Reconciliation Commission and the Special Court are no longer in existence but there are still gaps to be filled through cultural and traditional means. He mentioned that Fambul Tok started in Kailahun two years ago but now its presence is felt in Moyamba, Kono and recently in Koinadugu.

Paramount chief Gondor, from Upper Bambara chiefdom in Kailahun district,  also underscored the efforts of Fambul Tok in the country. He urged the government to declare March 23  as a national day for reflection, adding that Fambul Tok is very unique in consolidating the peace in the country. 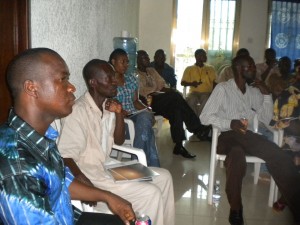 A cross section of the audience 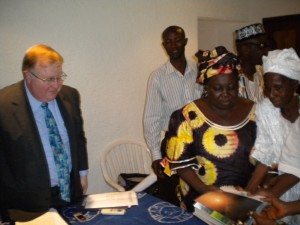 The second annual report covers key activities of the 2nd year of Fambul Tok, with a special focus on the long term impact of the program as reconciled communities begin to focus on development.