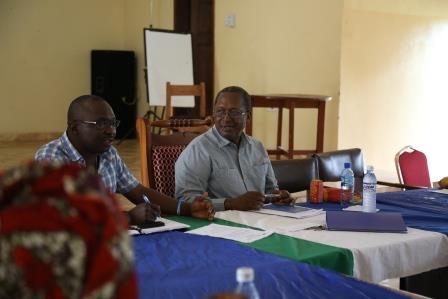 According to Prof Herbert Bob Kandeh,communities have a lot of local resources that should be tapped into for the development of their various areas but continue to depend on external support.He was addressing members of IDPDC in Moyamba recently.

He said if communities want to recover in the post ebola phase they should work very hard so that whoever comes to the aid will be complimenting their efforts.

Dilating on activities of IDPDC,he explained that they have resolved the impasse between stakeholders and MSF construction company.He said the issue has to do with camp site as the company decided to build it in Tonkolili district.He said with the intervention of members,the issue was resolved as the company has now resolved to employ citizens of Moyamba district while the camp still remains in Tonkolili for technical reasons 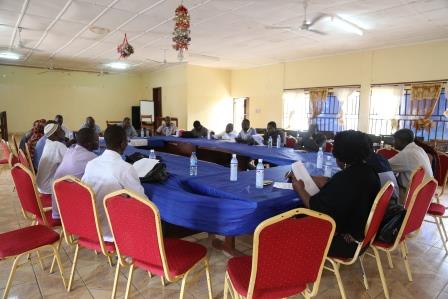 Executive Director,Fambul Tok John Caulker disclosed the inter-district conference which will bring stakeholder’s in Moyamba,Kailahun and Koinadugu together to share ideas and experiences .He said the meeting will set the pace for the National conference for possible roll out of the People’s Planning Process to other district.