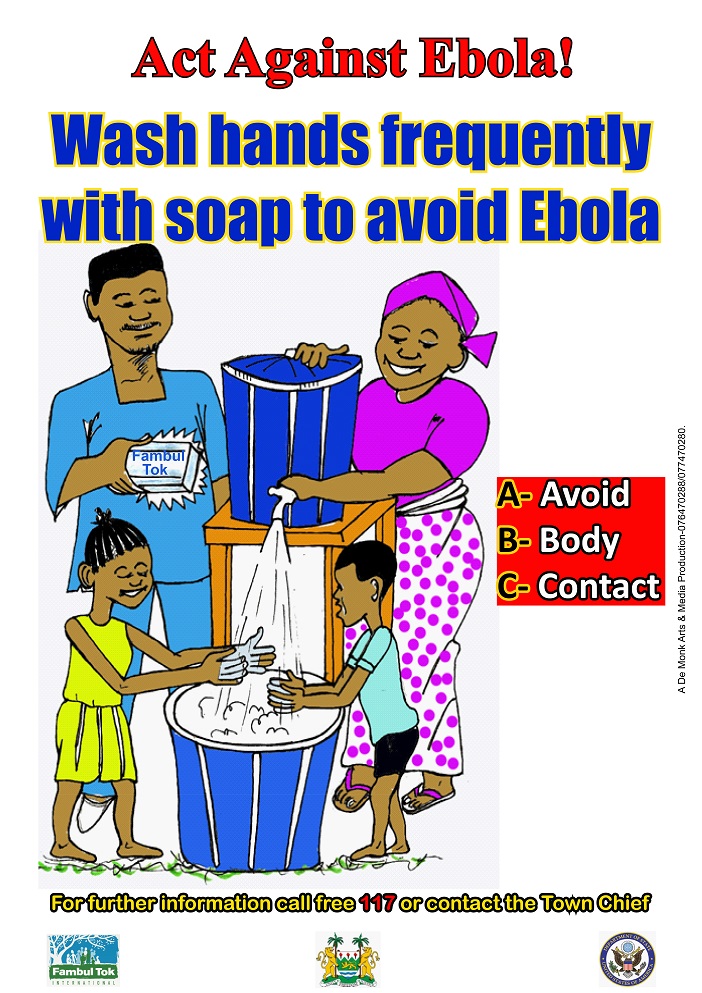 Fambul Tok’s Peace Mothers are leading in every aspect of the campaign. In launching the campaign the Director of Peace Mothers – Micheala Ashwood said “Rural women stand to suffer most during these difficult times in the history of our country, therefore I am pleased to see these women take the lead in the fight against Ebola in their communities.  The soap, t-shirt and posters will help rural women send consistent messages in the fight against Ebola in line with Government and WHO’s recommendation of sending consistent message during community mobilization”

As part of the campaign each house in our operational districts will receive a package of soap and posters.  In addition to this a megaphone and ten (10) t-shirts for community stakeholders will be distributed at the sectional level in each of our operational districts.  Peace Mothers from each community will lead in distributing soap and in using the other materials to educate all community members on Ebola prevention through frequent and proper hand washing.

During the community pilot programme over the weekend in Moyamba district a member of the Peace Mothers in Kombora chiefdom, Gibina section, Abie Deen said “During the war women suffered most and now Ebola again it is the women who are suffering most, we have to save our husbands and children. We are going to take the lead in the hand washing campaign.  It is our responsibility to save our community against Ebola”

Even the making of the soap itself will be strengthening rural women.  Peace Mothers chairlady, Madam Princess Gbonda says – ‘ We Peace Mothers are producing all the sanitized soap locally here in Bayama Village in Pemagbi section, Kpanga Krim, Pujehun district. We thank Fambul Tok and the US Embassy for supporting women to take the lead in the hand washing campaign.” 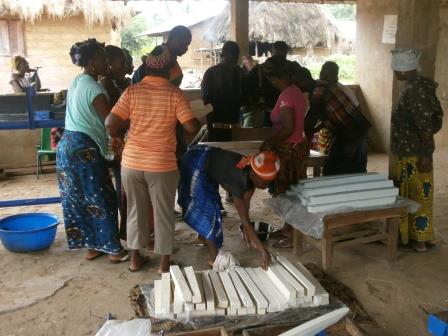 Water, Sanitation and Hygiene Network  (WASHNET) Chairman, Musa Ansumana Soko who chaired the meeting in his statement said; “from Civil Society and Non-State Actors’ perspective, the debate is no longer centered on the late and inadequate response from our government, but rather a call for joint actions that will create and enhance a healthier Sierra Leone.

“The Ebola outbreak is an attack on family wholeness, that is destroying  families, communities and eventually our beloved nation.  However frequent hand wash using  soap and water as part of community safer hygiene practice, will help us collectively fight and defeat Ebola out of Sierra Leone,” John Caulker Executive Director Fambul Tok International –SL concluded.

Since the start of the Ebola outbreak in Sierra Leone Fambul Tok International –SL, has been in the forefront as part of Civil Society Organisations (CSOs) efforts towards the fight against Ebola. A district stakeholders meeting was held in Kailahun in June, followed with chiefdom sensitization meetings in Kailahun, Kono  and later Koinadugu.  The stakeholders meetings paved the way for a robust door-to-door and word of mouth sensitization on signs and symptoms of Ebola and what to do when some one is suspected of Ebola. This initiative is led by our vibrant Peace Mothers in all six operational districts- Kailahun, Kono, Moyamba, Pujehun, Bombalie and Koinadugu.

The campaign targets about 25,000 households per district in all six districts bringing the total to 150,000 households. Fambul Tok welcomes any invitation to collaborate with other organisations outside of our operational areas.