The traditional leader, Alimamy Umaru Jalloh 111 made this statement as he addressed participants from various villages that converged at Kumala for a one day community preparedness meeting facilitated by Fambul Tok on June 13, 2015. 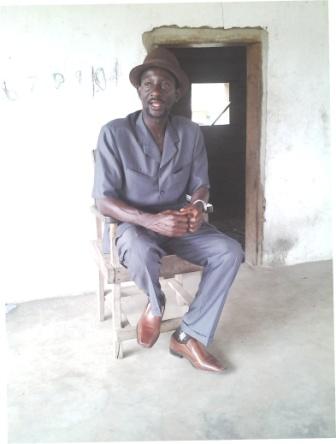 According to Chief Jalloh, millions of dollars were pumped into the country for post war activities but not much was realized.  It is very important for communities to be a part of the Post-Ebola planning and implementation so that the mistakes that occurred after the war are not repeated in the Post-Ebola era.

He underscored the efforts of Fambul Tok for the past years in its healing and reconciliatory approach in communities.  He said reconciliation is not an event but a process and cautioned people to handle Post-Ebola reconciliation with the seriousness it deserves.

He further extolled Fambul Tok for bringing peace to his chiefdom, tracing reconciliation activities since 2008.  He went on to state that if organizations had focused on peace building in the country after the war, some of the numerous challenges in communities would have reduced and therefore urged them this time round to direct their resources on Post-Ebola activities.