Through their usual monthly contributions and micro credit scheme, Peace Mothers in Fakoi section, Fakunya chiefdom in Moyamba district have unanimously agreed to raise over ten million leones (Le10,000,000). This decision was reached at their monthly meeting held in Baoma Johnson village on April 5th, 2014. 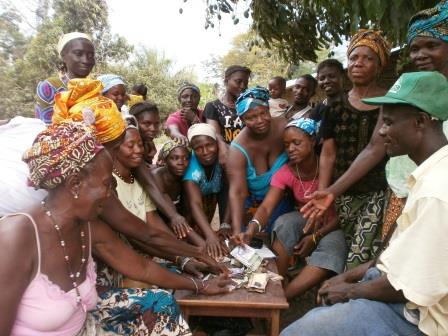 According to the chair lady of the Peace Mothers’ group, Madam Battu Robert, the proposed goal is to start a project aimed at producing large quantity of gari, fufu and other food stuffs to be sold to the public.

“Presently we have collected two million leones (Le2,000,000)  through the loan scheme, and we are now targeting Le10m to buy mills (both rice and gari machines) to start large scale production,” says Madam Robert. She went on to state that the women meet on 5th of every month, adding that during the monthly meetings each member contributes Le5,000 and after collection the money is given out as loan to be repaid against the next meeting. 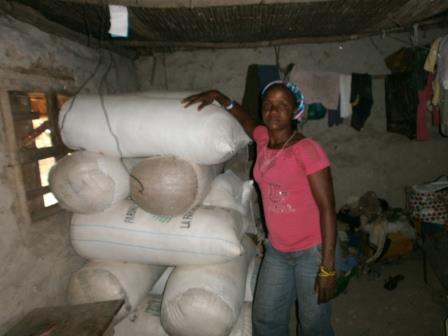 Bags of gari in store