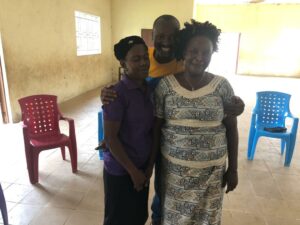 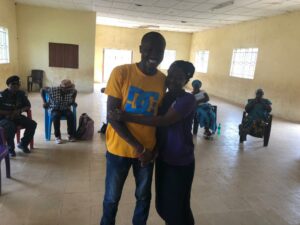 According to chiefdom youth chairman, John Ndoinje there is peace and unity in communities now more than before. He said in 2021 Sierra Rutile has released funds to affected communities which was delayed over the years. He added that through the work of GRCs in the chiefdom not many cases are now going to the chiefs 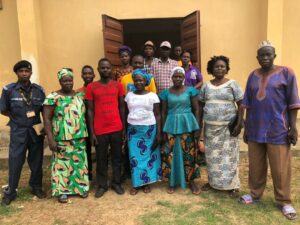 d by community people. He cited an incident where the Chinese company Sierra Organic Farm had problem with land owners but through the efforts of GRCs and traditional leaders it was resolved peacefully

She said women were pushed behind but through the skills they have learnt from Fambul Tok engagements women today stand tall among men.

What climaxed the meeting was the peace and reconciliation sessions held to unite women youth chairlady and the new chiefdom women’s chairlady. Both have not being on speaking terms after the women’s elections.

The youth chairman too had problems with his deputy women’s youth leader. GRC members encouraged all parties to embrace peace and work in the interest of the people of Lower Banta.