One of the major challenges facing women in Sierra Leone is the lack of opportunity to meet and interact with stakeholders to discuss pertinent issues affecting the women, so that together they can find solutions to numerous problems. 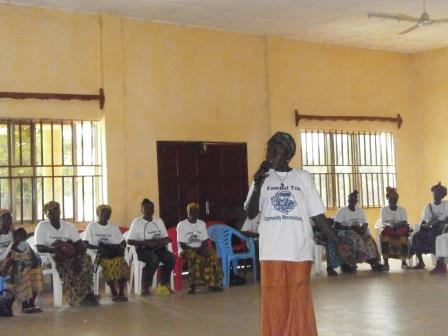 Most women, especially in the rural communities, could not identify their own needs and do not know the channels to go through when it comes to accessing basic economic and social amenities.

As a way of bridging this gap between women and stakeholders, Fambul Tok International-Sierra Leone, with funds from the State Department (US), organized a one day interactive session aimed at discussing and finding solutions to various problems.

The session gave an opportunity to the women to ask questions relevant to the own development and empowerment.

It was very interactive, as the peace mothers asked questions that revealed how deeply conscious they are about the lack of opportunity, which holds back their development. A primary concern, among numerous concerns highlighted, is the difficulty of getting customary marriages registered. According to the women, they have readily embraced the idea of registering, especially when the law that requires them to do so is in their favor. The women also expressed frustration that only the rich and those in major towns do register their marriages at ease, while most people in the rural areas have to travel long distances. 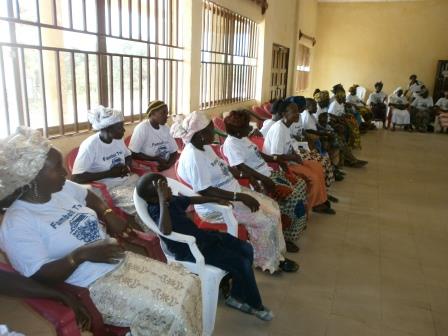 A cross section of peace mothers

Another issue that was highlighted was the registration of births and fines impose on mothers when they give birth outside health facilities. According to the women, ante-natal and post-natal facilities are far off from most settlements, whereas Traditional Birth Attendants (TBAs) are always available to provide these services. One of the Peace Mothers testified that she was forced to pay certain amount when she gave birth through the help of TBA.

Peace Mothers raised concerns about the low standards surrounding Education. They observed that limited access to government scholars is a major problem in their communities.

Responding to some of the challenges facing women in Kono district, Mayor of Koidu New Sembehun City Council, Saa Emerson Lamina, said women play vital role towards development, adding that he is very conscious of empowering women in Council. He was grateful to Fambul Tok for providing the space to interact with Peace Mothers for the first time in the district. He called on other organizations to support women in the country.

Explaining the roles of traditional leaders, Paramount Chief Aiah B.Ngongou of Gbane chiefdom said one of their main roles is to maintain laws, customs, and traditions of the land. He said traditional leaders also help to promote commerce and mediate during conflicts. He clarified that leaders do not implement projects as claimed by most people, adding that they always work with government and other non governmental organizations to ensure that whatever is given for the development of a particular chiefdom reach beneficiaries. 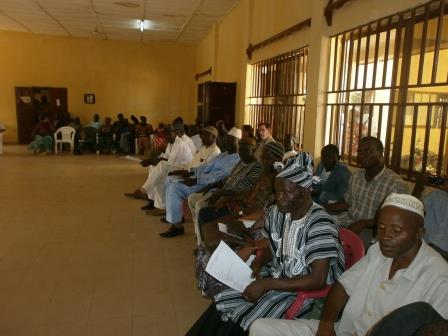 Paramount Chief of Soa chiefdom, Emmanuel Tamba Foryoh, encouraged Peace Mothers to report any health worker who imposes charges  on TBAs or pregnant women. He also called on authorities, especially in the health sector to provide ambulance services and create referral centers in the various chiefdoms.

After nearly five hours of  deliberations, the Peace Mothers were satisfied that they had the opportunity to interact with stakeholders and most of the issues raised were adequately answered.