Fambul Tok is delighted to welcome two new members to our advisory group – Iheoma Obibi and Aminatta Forna. This brings the total number of group members to nine. The organization benefits enormously from the advice and support which the members of the advisory group offer. Information about all advisory group members can be found at: https://www.fambultok.org/about-us/board. Here are brief biographies of our new recruits: 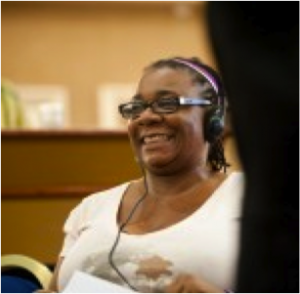 Iheoma Obibi is a leading African feminist and peace-builder, with extensiveexperience providing training to rural and urban poor communities in Africa. She is Executive Director of Alliances for Africa, an African-led international NGO, based in Lagos, which works to promote and protect human rights, peace and sustainable development. She is an active member of the African Feminist Forum, along with its Nigerian chapter. She regularly acts as a trainer and facilitator on topics such as organizational development for CSOs; gender analysis, planning, mainstreaming and training; and third-party mediation. Over the years she has worked as a consultant for several international agencies, including UN Women, British Council, DfID and the Commonwealth Secretariat. In 2005, Iheoma was elected to the ASHOKA Fellows network, which invests in leading social entrepreneurs, serving for three years.  She is also currently Creative Director of a company called Mylid, which provides advice on sexual health and wellbeing to Nigerian women. Iheoma has published short stories in several online e-zines and anthologies. She is presently the Vice-Chairperson for Women Writers of Nigeria (WRITA) Lagos chapter. 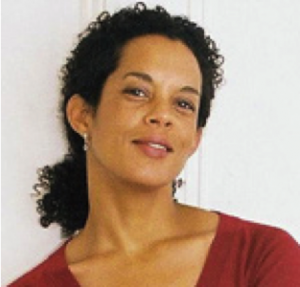 Aminatta Forna is the award-winning author of two novels: The Memory of Love and Ancestor Stones, and a memoir The Devil that Danced on the Water. She was raised in Sierra Leone and Britain. Her most recent novel, The Memory of Love (Bloomsbury, April 2010) won the Commonwealth Writer’s Prize Best Book Award in 2011. She has also written essays and articles for leading newspaper and magazines. Her television credits include the documentary series Africa Unmasked (Channel 4) and, in 2009, The Lost Libraries of Timbuktu (BBC). She has been a guest presenter on BBC Radio. In 2003, Aminatta established the Rogbonko Project to build a school in a village in Sierra Leone, where she now overseas a number of projects in the spheres of education, sanitation, maternal health and agriculture. Aminatta is a Fellow of the Royal Society of Literature and sits on the Board of the National Theatre of Great Britain, on the General Committee of the Royal Literary Fund and the Council of the Caine Prize for African Writing. She is currently a judge for the 2013 International Man Booker Prize. Aminatta is Professor of Creative Writing at Bath Spa University and has often acted as a visiting lecturer and tutor of literature and creative writing.