Fambul Tok has started series of sessions for youth, women and chiefdom stakeholders in Lower Banta and Upper Banta chiefdoms in Moyamba district. 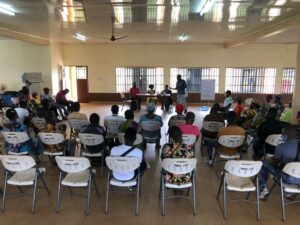 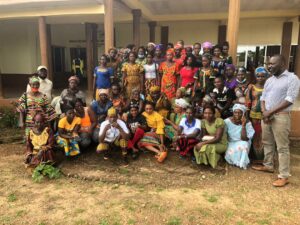 These engagements focus on sharing highlights of issues raised in meetings of the Grievance Redress Committees, Farmer Based Organizations and chiefdom meetings in both chiefdoms.

The youth dialogue kicked off on August 21 at Mosenesie junction and brought together 60 young men and women to verify and get their opinions on issues earlier identified.

The gathering confirmed that the issues were not made up but actual and credible.

According to the youths, government must do something urgent to prevent Lower Banta from collapsing.

Fambul Tok Executive Director, John Caulker, called on the gathering to exercise patience as the chiefdom now faces chieftaincy issue as the caretaker chief has left.

One of the most urgent things highlighted by youth was that the chiefdom has no central control because of the absence of chiefdom authorities.

“We have suffered for five years now and we don’t want to continue like this”, says Hawa Gbagra, Chiefdom Youth Adviser.

Chiefdom Youth Chairman, Nasir Mansaray said Fambul Tok with other partners -Office of the Vice President, UNDP and WFP continue to play big role in ensuring that the chiefdom is peaceful.

He assured that there will be no roadblocks as usual but called on government to quickly respond to the crisis in the chiefdom.