An eighty year-old man, D.Samura of Sulima chiefdom, Koinadugu district has confessed and apologised to all those he wronged during the war.

Pa Samura was asked for mercy during the Fambul Tok reconciliation ceremony in Kankaya on May 19, 2011.  According to the old man he was captured by the then Revolutionary United Front (RUF) in Tenitalia and ordered to burn down the entire village.

He said he was also taken to Galawuya where he lit set several houses on fire. One of the houses, he said, belonged to Madam Dankay Samura, adding that after that incident three children were reported burnt to death. 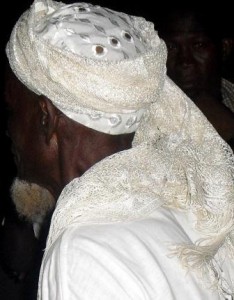 Testifier shows remorse for his actions

He said even though nobody knew about the incident he was still worried for what he did during the war. The old man confessed that he had been living in constant fear, adding that he had no opportunity to ask for forgiveness until Fambul Tok created the space.

One of the victims, Madam Dankay Samura, said she has forgiven the old man because he has shown remorse. She stressed that even if she refuses to forgive that would not bring back the lives of her three children.

In a remorseful mood, Pa Samura knelt down and asked for mercy. The Fambul Tok reconciliation committee intervened and the community once again embraced the old man.